Thank you for tuning in to this special New Year’s Eve episode of The Fat Feminist Witch Podcast, the show where I do a little ranting, raving and wand-waving.

Today I’m waving my wand in a disapproving tone at ableism in the metaphysical community, and 2016 in general. I talk about “chronic positivity” and it’s negative impact on mental illness, and how the stigma of actually feeling anything less than positive is keeping sick people sicker. I also correct some of the mistakes I’ve made this year, and pledge to move into 2017 with more understanding.

I also review the Coloring Book of Shadows, a magically minded coloring book y’all can use to practice mindfulness in 2017 and you can read the full review on the blog: here.

Check out all the books mentioned in this episode on Goodreads.com:

The Coloring Book of Shadows by Amy Cesari

The apps for meditation and mindfulness are all iPhone apps, sorry android users!, but you can find them here:

Pacifica, which has a nice beach scene on the main screen, syncs with Apple Health, features free meditations and ones you can buy, and offers journaling, goal setting, and habit forming promps. Really pretty, and I love the “soundscapes”.

Zen has guided meditations, lots of cool sounds and asmr and stuff like that, it records your mood and also syncs with apple health. This one has a little less meditations for free, but it also have nice inspirational quotes and stuff.

Wildflowers was my favourite during the one week trial of a premium version, as it has the BEST guided meditations. It also logs your heart rate and logs your mood. I loved the meditations, but the free version has way less and it neither sync with apple health.

I don’t talk about any of the celebrities who’ve died this year, because that sucks and I don’t like it but RIP all you beautiful angels.

As always the opening and closing track is Back To The 90s (Douglas Mulvey AKA D-REX) / CC BY 4.0 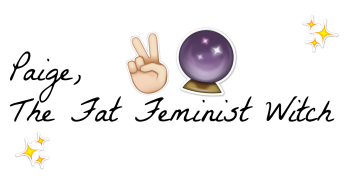