The wand is the most important component of the witch’s toolbox. Serving as an ultimate big book of wands, here is:

Based on her deep knowledge of plant science and ethnobotany and years of magical practice, the author examines the uses and benefits of each wand component (primarily woods, shrubs, grasses, vines, and some metals). She also explores their associations to various gods and goddesses, relationships to specific types of magic, and the results a practitioner can expect to achieve. She also includes tips and resources for finding materials, handcrafting, and correspondence charts for easy reference. – Red Wheel/Weiser Books

Wands are one of those magickal tools that people either use constantly, or never at all. Many a magickal practitioner has a beautiful hand-carved wand somewhere they’ve never really used but always admired. (I’m one of them!) To some they seem like kind of an archaic tool, but I think the kind of fairytale mysticism of them is what draws so many people to them. This book most definitely works under that theme, with the author being the originator of STEAMPUNK MAGIC, which is in no way surprising after reading the book! It’s almost got a victorian vibe to it, truly.

The book is almost entirely in encyclopedia format, so I wouldn’t say this is something you read cover to cover, but I highly recommend exploring it cover to cover.

I’ve seen a few reviews of the book who joked that this book should actually be called “The Witch’s Guide to Trees” because it gives SO MUCH information about the actual trees the woods come from including things like history and lore, magickal properties and even things like hardness and how it turns on a lathe. The fact that the author is an actual carpenter was actually really interesting! If you’re making your own wand and are curious about what kind of tools to use on your wood, this book can definitely give you some tips from an experienced wood worker AND witch.

In addition to the wood, the book also covers metals! She talks about the uses of each metal and metal alloys (which I also found useful for applying magickal properties to jewellery, btw) and even how to use them as a wand. The back of the book had super easy to read appendixes so you can look up woods by use or associate deities which was super helpful.

The very last chapter was probably my favourite one in the whole book – she distinguished between the use of actual wands and the wands in HARRY POTTER. She also goes through the wand woods used by main characters and talks about their legitimate magickal properties and how that fits in with the personality of each character. Yet another example of J.K. Rowling weaving REAL magick into her books right along with the Patronus and Horcruxes! Not only did I love this because I am a fan, but I also think it’s great to see authors work with pop culture and the popular lexicon of magick to make their books relatable to everyone.

Unfortunately, even though I was thoroughly enjoying this book I did find a few issues.

The first was that the book doesn’t talk about crystal wands – at all. As a metaphysical store employee I’ve found crystal wands to be the most popular type of wand, with wood wands being kind of hard to sell. Of course that’s just here and my personal experience, but I still found it odd that they weren’t even really mentioned.

I also got to the end of the book still not really knowing what to actually DO with the wand. Like, in my hand. Do I just point it? Do I do any specific moves? I imagined something kind of like Mudras in yoga – specific hand positions and gestures to create magick or raise energy – or dare I say it, spells like in Harry Potter. In most entries the use of the wand is boiled down to opening and closing the circle and then…. sometimes just placing it on the altar? Not a lot to go on.

Finally, I found something in the book that made it really difficult for me to even review it. I posted about this recently in #WITCHNBITCH Topic: “Plantation Magic” and even asked for people’s opinions and perspectives about it.

I looked up one of my favourite trees in the book, Magnolia and was a little confused by the description of use:
“…magnolia is very good for southern heritage magic. While not necessarily root magic, southern heritage magic is best described as upper-class, genteel white magic. This is in contrast to the root magic of Appalachia, where the magicians are closer to the soil.” In the back appendix I also found magnolia listed under the use “Plantation Magic” and nearly fell out of my chair. I know plantations are really just a word for a farm, they’re just a farm. but… are they just a farm? When I hear the words “plantation” and “southern heritage” together I instantly think of slavery. I tried looking it up and genuinely found almost nothing to explain what plantation magic is. I also asked a friend from the south about this description and she pointed out that even the terminology outside of the word plantation (which made her groan) was totally incorrect.

This is pretty shocking since the foreword was written by Orion Foxwood, a well-known southern conjurer!

Since then I’ve been torn about whether to review the book, recommend the book, or even to trust the information in it. On one hand I found the information about trees and woods and metals really interesting, and I trust in her credentials as a wood worker completely. I also generally trust that an actual southern conjurer would recognize something kind of wonky in here. I’m going to leave this part up to you.

Would you still read, buy, or recommend the book? Maybe with a teeny disclaimer? Let me know!

I’ll be talking more about “Plantation Magic” and this incident in my next podcast episode so stay tuned, and if you have any thoughts on the topic share it across social media using the hashtag #WITCHNBITCH . 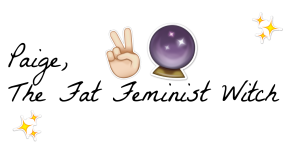